The Right to Arms 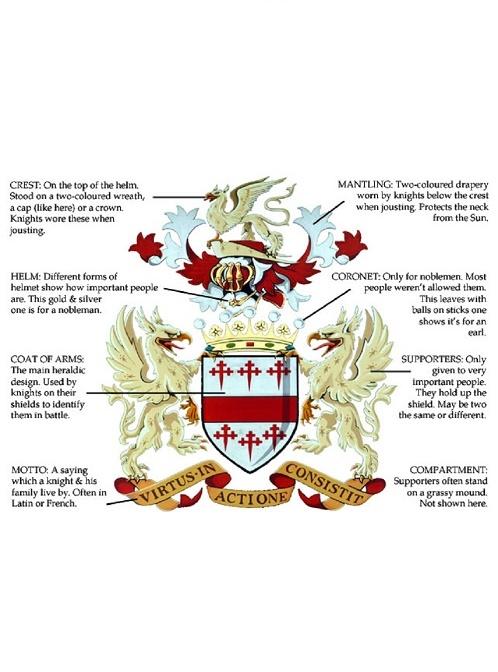 You may have heard of the right to bear arms, but have you heard of the right to arms? The ancient tradition of heraldry dates back to the 12th century and began as a system of designing and granting a family a specific set of images or symbols which belonged just to it and which could be passed down the male line. These symbols were initially drawn onto the outer coat of a soldier's clothing, and so became know as a 'coat of arms', enabling him to be identifed quickly as a friend or foe on the battlefield. The wearing of a coat of arms began developing in 1100’s but as the practice grew, the process of granting and designing of arms became formalised in the tradition known as heraldry. To this day it is the most senior heralds, or Kings of Arms, who alone have the right to grant a man the right to arms, a right bequethed to them in turn by Crown authority.

There are two ways of establishing if you have a right to bear a coat of arms. The first is by inheritance from an ancestor in the male line to whom arms have been granted to in the past. The College of Arms heralds have been genealogists since the fifteenth century and can carry out genealogical research for you, primarily within the British Isles. If you believe one of your ancestors may have been granted arms you should write to the heraldic authority under whose jurisdiction he would have fallen, including any proof you may have showing your descent from him, and enquire whether any such grant or confirmation was made.

The second is to have new arms granted to yourself which will be inherited by your descendants. Anyone wishing to apply for a grant of arms today must first of all submit a petition to the Earl Marshall. This is done with the help of an officer of arms who acts as the point of liaison between the applicant (or 'petitioner') and the College of Arms. According to the College of Arms, there are no set criteria for eligibility for a right to arms but as William Hunt, Windsor Herald at the College of Arms, explains: "the Kings of Arms are permitted to grant arms to eminent subjects of the British Crown (England, Wales, Northern Ireland or any territory of which The Queen is head of State, such as New Zealand). There is no definition for eminent, but if a person has been honoured by the State, commissioned into the Armed Forces or has a recognized professional qualification or university degree, he or she is usually deemed to be eligible. The Kings of Arms have discretion to grant arms to others whose life or work has been a benefit to the community."

Once the Earl Marshall has approved the petition, he issues a warrant to the King of Arms allowing them to proceed with the grant. It is only at this stage that the design of arms can begin. The design of the armorial bearings is strictly controlled by the College of Arms, so anyone wishing to design their own coat of arms should be aware that the King of Arms have full discretion over the design. The petitioners will then work with the officer of arms and discuss what allusions and references they would like to have in the design.

According to the College of Arms, the wishes of the applicant are taken into account as fully as possible. However, as each new design must be completely unique and has to be checked manually against the 100,000 or more existing designs, all recorded by hand at the Crown of Arms, the process of creating a design can take some time, approx. a year.

When thinking about the design, the Crown of Arms advises that 'simplicity and boldness make for the best heraldic design and it is a mistake to seek the inclusion of too many references.' As William Hunt says, around three symbols is usually enough to create a new coat of arms. He gives the example of bringing together flora and fauna from your place of origin or residence, may be include references to your family or profession. Using visual puns has also been a long tradition in heraldry.

Those who think that they might wish to petition for a grant of arms should write to:

For further details regarding the granting of arms in England are given on the College of Arms website at www.college-of-arms.gov.uk