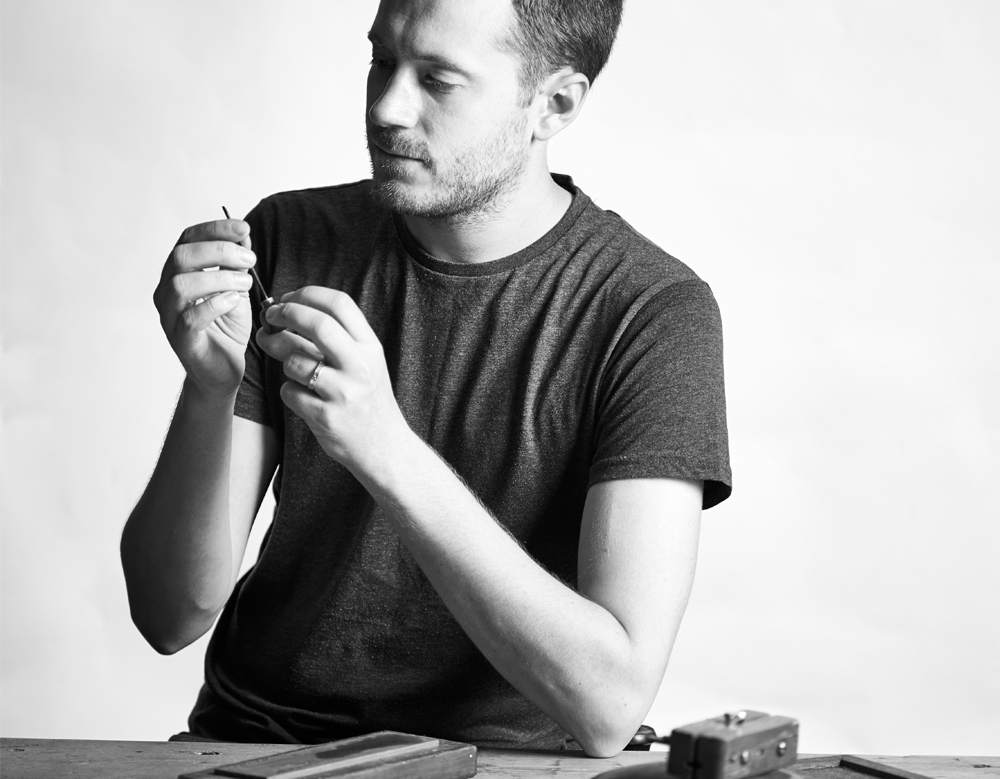 Perry has been honing his craft as a master hand engraver for over a decade, after completing his five-year apprenticeship with Rebus, and becoming the first ever recipient of the Goldsmiths’ Craft & Design Council Apprentice of the Year Award back in 2015.  From being presented with the award by Her Royal Highness The Princess Royal in the hallowed halls of St James's Palace to holding court in the Rebus workshop, come with us as he shares how perfection is something you strive for but never achieve - unless it comes to celebrity impressions...

I surface engrave, seal engrave, and ring carve using specially-made tools.  I also provide a source of light entertainment with a variety of witty stories and hilarious celebrity impersonations around the workshop, dominating with my Michael Caine impression, and mocking my fellow engravers when they think they can do it better than me...

Not sitting at a computer screen is particularly appealing to me; I really enjoy making and designing things, so engraving really works with my temperament.

I have had to learn many things throughout my career, ranging from polishing to deep seal carving to relief engraving.  The average apprenticeship is five years – however you will find that even after fifteen, there is always something new to learn or skills that can be refined.  A good engraver never achieves perfection!

Slips and mistakes are very frustrating.  You really have to concentrate on spelling and reading instructions to avoid mistakes.  With practice you will slip less, but sometimes your graver blunts and it can't be avoided.

Just how much detail can be put into such a small surface area; sometimes you have to lower your heart rate just to steady your hands enough to gain more accuracy while engraving tiny details.

It’s hard to pinpoint a particular bit of advice because I have been advised on so many things by so many people, but someone once told me to always read instructions three times before engraving.  Nobody likes a spelling mistake! 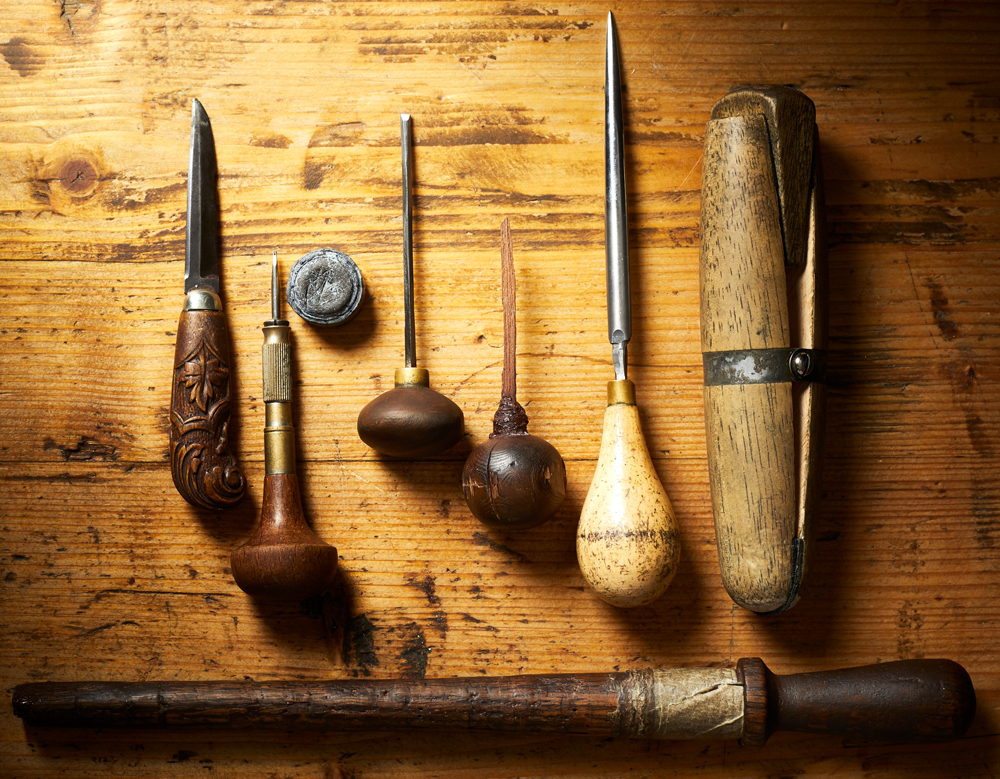