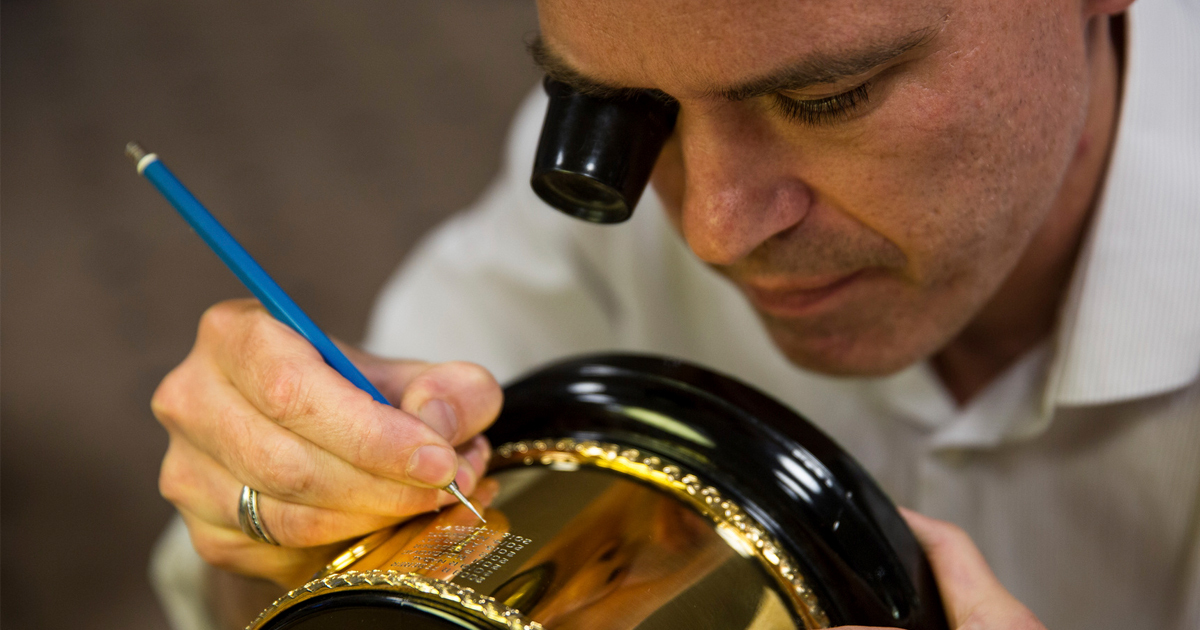 Rebus owner Emmet Smith is famous for his role as engraver of the winner’s trophy at the Wimbledon Championships.  It’s an image familiar to tennis fans since he took over the role from the now retired master engraver Roman Zoltowski; cameras cut away to Emmet carving into the trophy nameplates as soon as the men’s and women’s champions are decided.

But it’s not just engraving the trophies.  Rebus also produces commemorative signet rings for Wimbledon players and others involved in the tournament.

Earlier this year we gifted a set of signet rings to Czech champion Barbora Strýcová, winner of the 2019 Wimbledon Women’s Doubles.  Working closely with Barbora, we designed a piece that commemorated her experience at Wimbledon and explored imagery synonymous with the tournament.

Following an initial brief, our design included a bee, a strawberry plant to frame it, reference to Wimbledon's SW19 postcode, and a crown based upon that in the monogram of Princess Marina, who presented the Duchess of Kent Challenge Cup to Barbora. 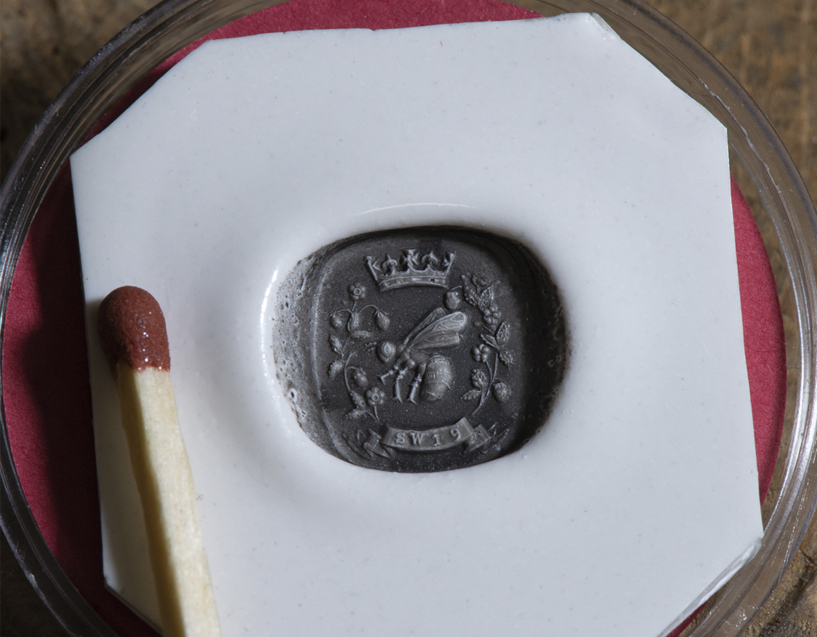 Rings are often used in sport to commemorate achievement - see the championship rings presented to winners of the NFL Super Bowl in the US - but the final ring created for Barbora is a totally unique, highly personalised memento of her success, designed to her exact specifications.  It's a collaborative and hugely creative process; one that sits in contrast to the singular pressure and scale of engraving the winners' names as it is streamed live via Wimbledon's YouTube channel.

"There's a lot of trophies, you don't really think about it when you're just watching it on TV at home," says Emmet.

The small team of four engravers set up a temporary workshop near Centre Court during Finals weekend: the most efficient way to ensure that everything is completed in time for the presentations.

"We will do 80+ trophies over the course of three days. There's the runners-up as well as the winners; there's wheelchair doubles, over 55s...there's loads of them!"Among those names is Barbora Strýcová, adorning the Women’s Doubles trophy alongside that of her partner, Hsieh Su-wei of Taiwan.  But long after the trophy has been handed back, she will have her own individually designed, hand-carved ring, courtesy of Rebus.