An Interview with an Apprentice Hand Engraver 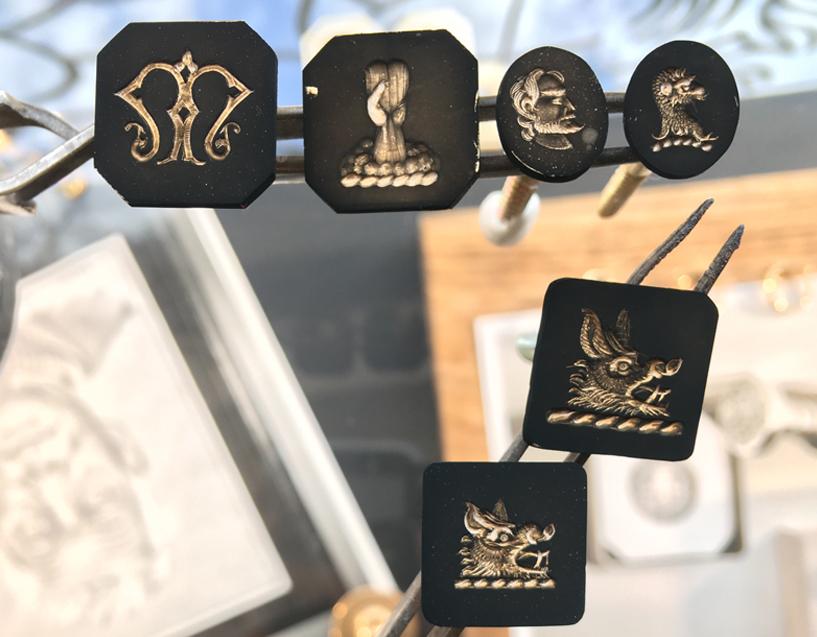 The time honoured traditions of hand engraving is becoming a dying art. Much of today’s metal engraving is done by laser or machine, as technological advancements lessen the production time and speed up the process. Hand engraving is something of a rarity and here at Rebus, we believe in keeping these traditions alive by passing on these skills to the next generation of craftsmen and women.

Rebus runs an apprenticeship scheme which trains young creatives over a period of four to five years. During this time, they learn to hone their drawing skills, focusing on heraldic designs, the art of surface engraving which later progresses to traditional deep seal engraving.

What is your artistic background?

When I was 16, I wanted to get into fashion and textiles; my notebooks were full of fashion illustration sketches and doodles. I went on to do art and design, but decided it wasn't for me. The arts took a backseat as a hobby while I worked a few different jobs and spent some time exploring other countries, even living for a while without electricity in a forest on top of a mountain, at which time my creativity was confined to doodles on the pages of my journals. Then about 2 years ago I enrolled on Holts Academy's Jewellery Manufacture and Design course.

What made you decide to become an engraver?

We had a few taster lessons on engraving at Holts, which I really enjoyed. I hardly looked up from my practice plate, it was so therapeutic. Engraving puts you in this really quiet and introspective head space which I loved. I never thought it would be a viable career option though. A few months after completing the jewellery diploma, I chanced upon the vacancy for an apprentice at Rebus, and jumped on the opportunity.

Why did you apply for your apprenticeship at Rebus?

I had begun to think I wouldn't find an apprenticeship because I was already 22, but it turns out that Emmet (Rebus’ founder) prefers to take on older apprentices, so I was lucky. Engraving is a niche practice within the jewellery industry and I knew that there wouldn't be many other opportunities out there. Rebus also indentures all its apprentices through the Worshipful Company of Goldsmiths, which means we get additional support and training from them, across a broad range of trades within the jewellery industry. We also get a free membership to Goldsmiths, which means we can attend networking events at Goldsmiths Hall.

Are you interested in entering the Craft & Design Awards at Goldsmiths? How would it benefit your learning?

Absolutely, I’m planning on entering next year's competition. It's great to have something to work towards that is your own design, an expression of you and a chance to practice and showcase your skills. 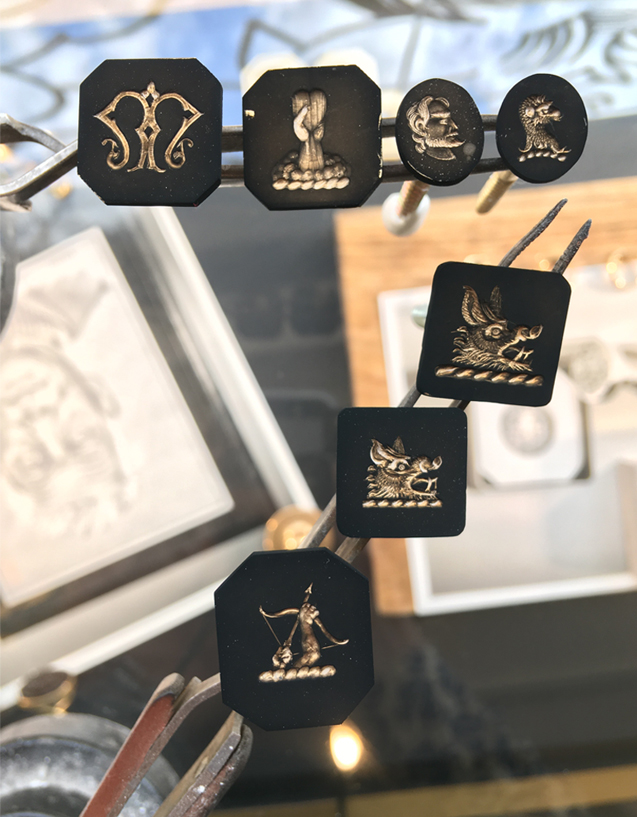 A selection of Isabel's most recent work[/caption]

How long is the apprenticeship at Rebus?

Mine is 4 years long. Everybody starts off learning the fundamentals of surface engraving and the first 8 months of the apprenticeship were solely learning surface techniques, before transitioning into learning traditional deep seal engraving. It takes around 5-6 years to become a fully-fledged seal engraver.

How have you found the process of learning to balance working on developing your creative skills whilst in a busy working environment?

It’s a difficult thing to get used to. Once you get in your creative zone, that focus can be interrupted by an urgent job. What keeps me focused and motivated is taking time to talk to the masters and learn from them. To see what it is possible to achieve. Also, just taking time out of work to find artistic inspiration, whether that's taking a walk to the river on a lunch break, or visiting museums and going to art exhibitions on the weekend. Keep replenishing inspiration. 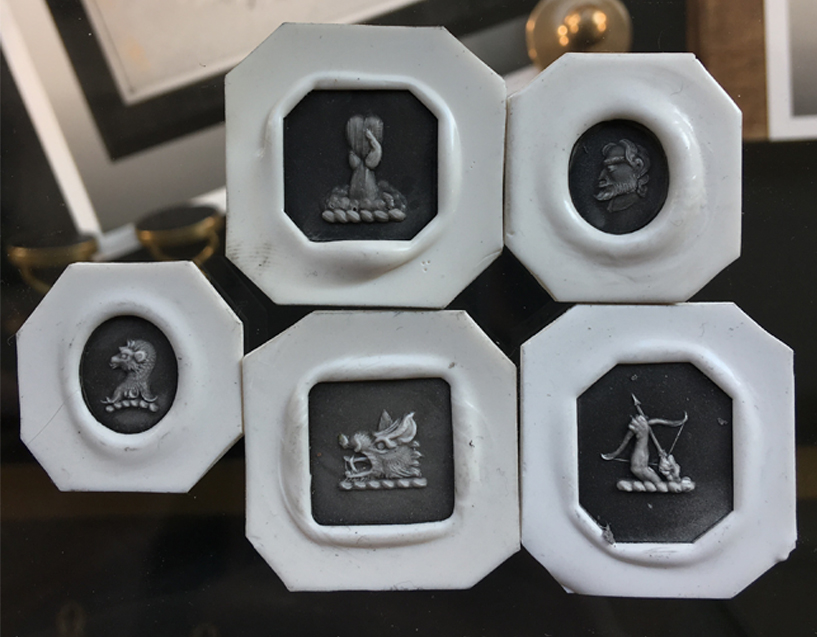 What do you think of an apprenticeship as a form of further education? In this industry, would you say it allows you to expand on your creativity as an artist more than if you had chosen to study at university?

I think if you are creatively minded and driven, you have the ingredients to expand on your creativity whether you are studying or working. It’s about being pro-active and seizing opportunities to expand your knowledge and skill. if you can get in the right mindset, as an apprentice you are in the perfect environment to learn from real masters of a craft and gain technical abilities. As hand-engraving is a highly skilled craft, it is essential to put in the time to gain technical ability first, to understand the way light plays on a surface engraved image, for example. Once you have this basis of technical understanding and proficiency, you can start to play with creativity. An apprenticeship will not spoon feed your creativity, it provides you with an environment to develop your skills and what you do with that knowledge is down to your own passion, drive, and artistic confidence.

"Discipline is a way of expression... so in every other way, whatever you do, you require a skill. And it is extremely important... to understand that there is absolutely no possibility of having any pleasure in life at all without skill." - Alan Watts

What is the importance of craft preservation?

If a craft isn't practised and passed on, it will disappear. In a world which is in many ways distant and virtual now, it is heartening that ancient crafts such as hand-engraving are still alive and appreciated, and it would be a shame to lose these traditional crafts. I believe as long as these crafts survive, we can see an essence of what it is to be human in a handcrafted object, just as in a language or in music.